Home Mexico What Makes the Culture in Mexico So Special? 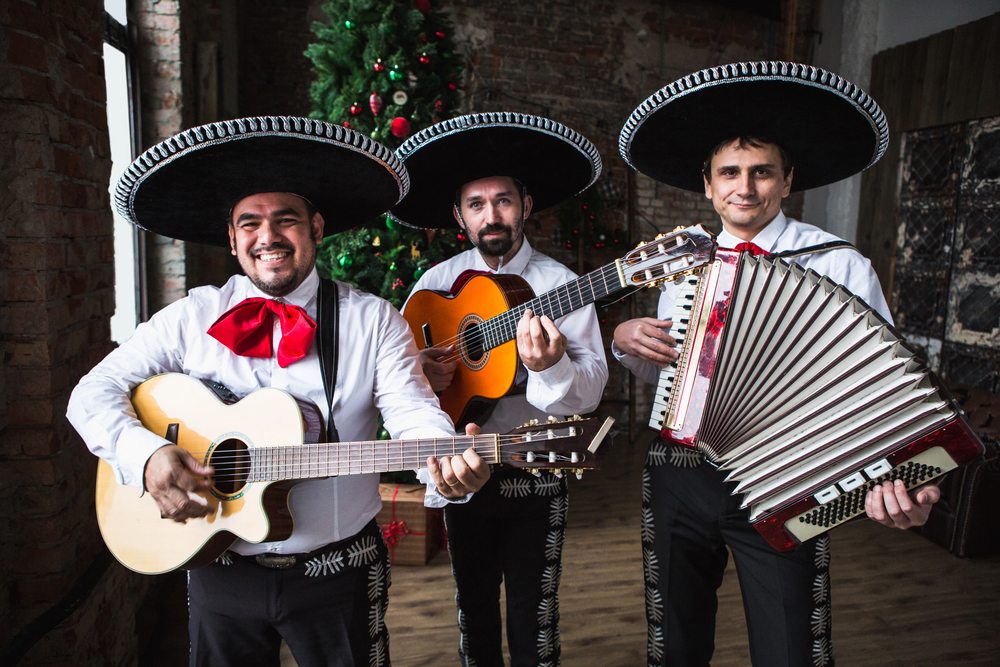 When traveling the world, sit up and take notice of all the different cultures in each of the countries you visit. Each one has its own historical roots that have grown throughout the centuries. In earlier times, the development of traditions created a culture that attributes to their way of life today. Century after century, the culture of Mexico has endured many foreign influences, but still held fast to their fundamental heritage. The information below provides a brief regional description that preludes the Mexican cultural environment of today.

Mesoamerica stretches from Mexico all the way through Central America and into Pre-Columbian territory. The indigenous people in and around this region learned how to develop and share cultural traits amongst each other. Approximately 7000 BCE (Before Common Era) these indigenous indians began to domesticate agricultural crops and certain animals for their survival. This type of behavior started transposing these Paleo-cultures to function as organized tribes and eventually into thriving communities.

Native Mexicans – Mexican Native Americans inhabited the region for more than 10,000 years before Spanish rule came to power. For approximately 300 years the Spaniards heavily injected their European traditions until Spain granted Mexico, Central America, and parts of South America, their independence in 1821. From there on the Mexican people regained their past traditions and began teaching them to upcoming generations.

The question is asked, “What makes the Mexican Culture so special?” The Mexican culture has placed its footprint throughout the world in many ways, shapes and forms. Let’s look at a few of them.

Mexican art is very angular-linear, which in turn poses a three-dimensional view. The earlier indigenous Mexican Indians were very creative with their handcrafted necessities. Items like crafted ceramic pottery were not only for decoration, but for everyday use. The Mexican people were also excellent garment and basket weavers. Mexican artwork and textile goods can be found throughout the world, thanks to the Spaniards for bringing many of these items to Europe.

Where can you go without someone not craving Mexican food? According to the NRA (National Restaurant Association), Mexican cuisine is ranked a very close second to Italian food. The ‘World Chef Tour’ reported that Mexican food appears on its list as being the 3rd most desired food prepared by some of the world’s most renowned chefs. Who in the free world hasn’t tried an authentic Mexican dish with its special spices, preparation, and unique cooking techniques? Probably not many!

Mexico’s traditional dance and music is celebrated throughout North America. Mexican music like Mariachi, Banda, and Ranchera use a variety of instruments that give it a colorful flare. The sounds of trumpets, acoustic guitars, drums, and tambourines always bring a festive feel to any gathering. What’s a traditional Mexican celebration without the Jarabe Tapatio – a.k.a. The Mexican Hat Dance. This fun dance includes hopping steps and heel-to-toe movements.

Mexico’s national sport is Charreria. It is an equestrian event which is very similar to a rodeo that involves cowboys riding horses and roping steers. Mexico’s reputation for having expert riders is considered the original West and Southwest’s vaqueros (cowboys). The most popular sport in Mexico is by far soccer. The Mexican people are very loyal to their teams and will support them win or lose.

If you have ever spent time in Mexico, you will realize how the Mexican people are hardworking, family oriented, and are some of the most warm-hearted people you will ever meet. They will go out of their way to welcome you into their home and treat you like family. So again, when the question is asked, “What Makes the Culture in Mexico So Special?” Think about all their fabulous food, festive spirits, and genuine hospitably and you will have the answer.

Latitude 21 Resorts Asks: Why is the Caribbean Sea Turquoise?

Latitude 21 Resorts Asks: Why are the Beaches in Cancun so White?

Going it Alone: How to do a Solo Trip to Hawaii, Mexico, or the Caribbean. By Latitude 21 Resorts

What Makes the Culture in Mexico So Special?

Latitude 21 Resorts Asks: Why is the Caribbean Sea Turquoise?

Latitude 21 Resorts Asks: Why are the Beaches in Cancun so...

Latitude21 Resorts Asks: Could Timeshare Rentals be the New Trend in...

How to Pull Off a Family Christmas Abroad by Latitude21Resorts.com

How to Travel with Toddlers – By Heather Guffin

ABOUT US
Latitude21Resorts is a rental advertising company for individual property owners. We are currently servicing inventory in Hawaii, Mexico & the Caribbean.
Contact us: info@latitude21resorts.com
© 2019 Latitude21Resorts. All Rights Reserved